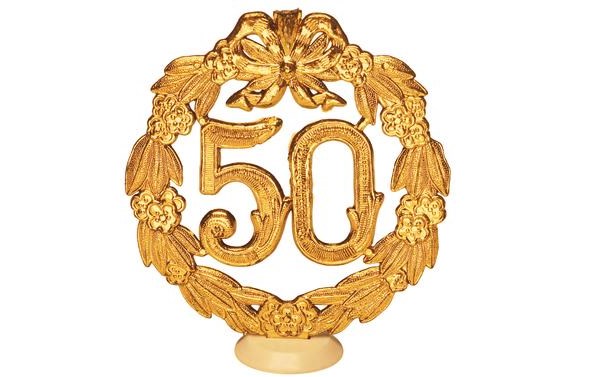 50 years of married life together – what possible reason could there be for not making a big song and dance about such a significant event? After half a century of living together you should be shouting it from the rooftops and celebrating in style. We appreciate however, that elaborate and flamboyant festivities aren’t everyone’s cup of tea. But nevertheless celebrating a 50th anniversary if a good excuse for the exchanging of gifts. Being married for such a length of time is not common, especially when you consider the percentage for failed marriages is sometimes quoted as being 50%. This figure goes to show how important reaching this milestone is.

If you’re about to reach this landmark event, or know someone who is, you might be starting to wonder about what you can give as 50th anniversary gifts. Living with someone for 50 years means that most of the material things have already been bought, which you’re thinking doesn’t leave many options. We’re going to show you that this isn’t the case. There are lots of choices, and we’re about to lead you through the minefield that is suitable presents for a 50th wedding anniversary. 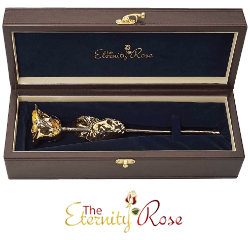 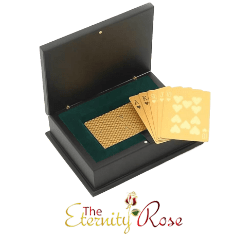 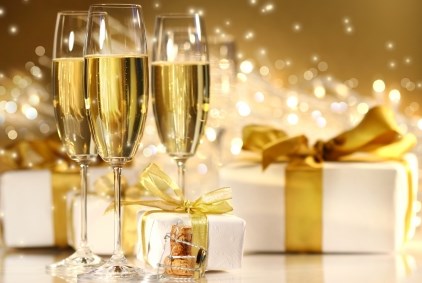 Believe it or not, it was the Romans. They gave us central heating, window glass, indoor plumbing and miles of straight roads. And we’ve also got them to thank for the whole idea of celebrating a wedding anniversary. Things were pretty simple back then however. It was only the 25th and 50th anniversaries that were cause for celebration. During the era of the Holy Roman Empire, a Roman husband would crown his wife with a garland of silver, when they’d reached 25 years of married life together. And a garland of gold upon reaching 50 years. Provided of course they stayed in good health, and the husband hadn’t gone off to war, and never returned.

Over the years, more anniversaries became associated with specific gifts, such as pearls for a 30th, rubies for a 40th, and diamonds for a 60th. Diamonds were originally the symbol for marking 75 years of marriage, but this was changed when Queen Victoria celebrated 60 years on the throne, and it became known as her Diamond Jubilee.

When it comes to the giving of gifts in modern times, there are two lists often used for anniversary gift ideas. The traditional and the modern. The modern list was compiled in 1937. The National Association of Jewelers of America decided every year deserved to be celebrated and introduced a much wider range of gifts. Every year up to the 25th, and every 5th year after that, was given its own special symbol and associated gift. Wonder if they were being sentimental, or could just see all those dollars the list would generate. Whatever their reasoning, it’s very useful to have a list to follow. It can be very difficult to come up with new ideas for every year that passes.

When it comes to 50th or golden anniversary gifts, as the name implies gifts traditionally revolve around things that are gold. But don’t go thinking that it has to be an item of jewellery. More interesting and imaginative options are available. There’s photo frames, commemorative plates, golden thimbles, gold rimmed goblets, and gold dipped poker cards and golf ball and tee set from Eternity Rose. Your imagination is the only real thing that will limit your choice, along with the preferences of the couple in question. 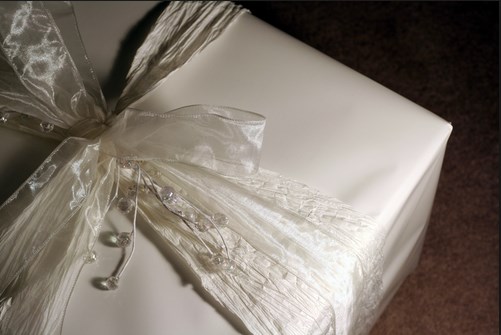 Well actually yes and no. But guess that’s not really very helpful is it. But the truth of the matter is that it’s difficult in that there aren’t many things the happy couple need or really want. And it’s not difficult in that there are so many options to take your pick from. Most 50th wedding anniversary gifts aren’t essentially going to be useful. They are going to be beautiful and interesting objects, pieces of art, ornaments and extras that aren’t necessities but nevertheless nice to have around. Any gift you buy doesn’t have to be practical, whoever you might be buying for. Think about the couple, or each other if you’re looking for golden wedding anniversary gifts for your spouse. It might be visiting new places, learning all about the history of a location, enjoying the theatre, collecting unusual items, reminiscing, or wining and dining. The trick is to find a gift or gifts that they can both enjoy and something that will be fun.

Why Not Try Your Hand at Making the 50th Anniversary Presents?

There aren’t many couples that will reach the golden milestone, but when you do, or you know a lovely couple who are about to, what better opportunity is there to show how much they mean to you and to each other? And if you want to say it louder and better than anyone else, try your hand at making something yourself. You might think that you haven’t got it in you, after all you’ve never professed to be an “artist”. And you can’t help thinking back to the sad offerings you brought home from school. But don’t despair, there are heaps of ideas you can find on the internet, not just here on this website. All come with clear and concise instructions, and believe it or not some have step by step pictures. What could possibly go wrong? Here are a few quick and simple ideas to get your creative juices flowing.

Find an attractive hamper and fill it full of “gold” items. It could be things to eat, tasty beverages to drink, useful items, ingredients for making an anniversary dish. Pretty much anything really, as long as you’re sure they’ll like it. Don’t be worried about the gifts being golden in colour, because if it’s traditional you’re looking for, a quick wrap with gold coloured paper, or gold ribbon, and you’ve got it covered. Other items you can put in the hamper could be seed packets, if they love a spot of gardening, DVD’s if they’re a couple of movie buffs and CD’s if music is their thing.

Chocolates are a really simple homemade gift. You don’t need to be a chef like Gordon Ramsay, or a protege from Mary Berry or Paul Hollywood British Bake Off kitchen. Truffles, peanut crunch, brownies as well as chocolate cookies and chocolate cakes. Packaged in some gold paper, and with a gold ribbon wrapped round the top, you’ve made something really creative that everyone is going to love. If you really want to push the boat out you could add some edible gold leaf to your tasty treats.

A Scrapbook of Special Memories

In the grand scheme of things if your choice of presents for a 50th Anniversary includes a scrapbook filled with special memories it’s going to be a big hit. Get together with a few other friends or relatives and you’ll soon have a heap of great pictures. And the scrapbook doesn’t have to include only pictures. Add some special messages, tickets you might have saved, pictures of the couples favourite holiday destinations. Anything that’s going to spark conversation and bring back the memory of certain moments they’ve enjoyed.

Just Because it’s a Golden Wedding Anniversary, Presents Don’t Have to be Boring

If you’re looking to celebrate your golden wedding anniversary sometime in the near future, use it as an opportunity to try something a little different and new. Your home is most probably full to the rafters of various trinkets, mementos and all the necessities for a comfortable life. See your golden anniversary as the chance to change some of your habits, find a new hobby or learn a new skill. Do it together and who knows where it’ll take you in the coming years. You’re never too old to try things out of your comfort zoo or completely off the wall. And you’ll be doing it together. What a great thing that’ll be.

There are lots of activities you can participate in locally, and even more if you’re not worried about travelling. Lots of people renew their wedding vows, throw a big party or just go out to dinner. But it’ll be much more memorable if you do something different. Something that’s not been done before. And there are some really unusual gifts, if you want to give your significant other a gift they can hold in their hand.

There are so many stars in the sky at night, you can buy one for your beloved and name it in their honour. On the evening of your wedding anniversary, sit out in the garden with a glass of champagne, see if you can spot the special star you’ve chosen and toast it and your own future health and happiness. And while you may not be able to hold this gift in your hand, it’ll always be there when you want to remember such a special moment.

Would you love to sing a special song for your lady, but don’t have the voice or the words? Send her a singing telegram, you might even be able to get it personalised.

A recent addition to the whole gift giving game is the gift of an experience. A cruise up the Thames followed by afternoon tea, tour of a vineyard followed by a session of tasting. You could even learn a few new dance steps.

If you’re worried about buying 50th wedding anniversary gifts please try not to be. We’re not about to say that it’s easy either, because what would be the point in that. The aim of this website is to help you out with the challenge, because two heads are always better than one. With all the opportunities, options and ideas that we’ll give you, and the help of your imagination, you’re bound to find the perfect golden anniversary gifts.

As long as you keep the likes and preference of the couple in mind, you won’t go far wrong. And if it’s your spouse that you’re buying the 50th wedding anniversary gifts for, you should know exactly what kind of gift will fit the bill.

For the final few words on the subject, we wish you all the best for your golden wedding anniversary, and that there are still more happy years of marriage to come.